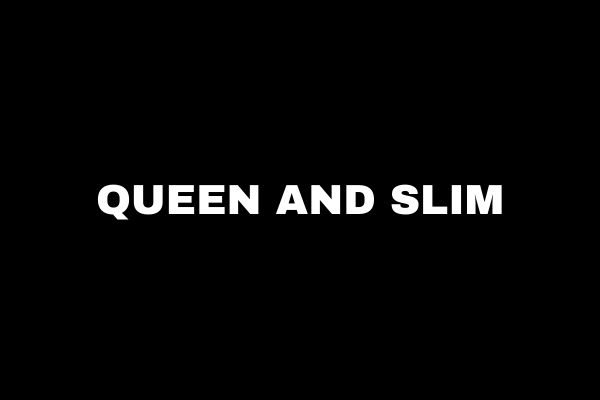 Directed by Melina Matsoukas and Lena Waithe, “Queen and Slim” takes place in modern-day America, not prepositioned by a certain time frame in the 2000s. Within the four walls of a black-owned restaurant, a Tinder-matched pair dine together in hopes of a future romance. Their date comes to an end, and they cascade through the streets, drive with their music on blast and they try to make it to their destination. Midsong, their ride is abrupted by a police officer. They pull over and become welcomed by a hostile officer.

Their car comes to a stop. The officer asks for the man to get out of the car. His interrogative process becomes progressively difficult. Toward the end, they end up in an altercation which leaves the officer dead on the side of the road. Blood spilled and body still.

Together, the couple sets off on a journey in an attempt to outrun their inevitable face-off with the law. In the midst of their static-filled situation, they try to find the best in their circumstance- their newfound relationship.

The overall plot is silhouetted by a theme of love–exclusively in the way black people express it. The film highlights the couple’s progressive romance story and shows the simplicity and complexness of black love. It shows the way they love each other, and the way they deal with their trauma through familial spaces.

The writing felt crisp and simple. It felt awfully familiar — as though Lena took some entries from her iMessage notes and placed them into the script. Some parts of the movie felt rushed and forced, but the shots in the film seemed to wash out any cringeiness.

Overall, the style and cinematography of the film felt extremely stimulating. The seamless shots of the Louisiana skyline, rudded road and stills of their dark skin against their blue car that carried them to and from, led us to a very provocative scene.

This longer-than-normal scene set some precedents in the cinematographic world. The only reason why the scene felt provocative is that we rarely see black people love each other like that on the silver screen. We don’t feel used to black people with that type of multifacetedness.

Whenever white people experience intimacy in media, there’s a subjectivity to it — it stands as a clean sleight and can become interpreted in all types of ways. It can be seen as art, ethereal, scandalous or even pure. In movies like The Notebook, we witness a mushy intimacy that transcends the idea of lust and perversion.

On the other side, there are movies like The Color Purple, a film that is also about love but lacks any visible romantic traits. The characters in this film experience confusion and a lack of understanding in terms of their own sexuality. Whenever black people experience intimacy in cinema, it lacks the depth of interpretation — very surfacy and linear. The end didn’t feel like a shock, but it hurt. The audience could feel it. We didn’t want to accept their fate. We hoped for a bittersweet end like Set It Off, where Jada Pinkett Smith’s character escapes the U.S. government and makes it to a remote country with all the money. So many scenes alluded to different messages, but it’s best that we just leave it in the mystery of it all.