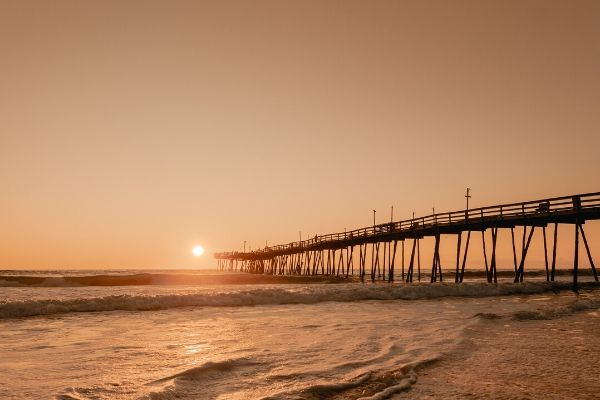 Photo by Clay Banks on Unsplash

After eight seasons of heartbreaks, laughs, tears and blood guzzling, I knew I had reached the final episode of The Vampire Diaries when Netflix presented me with a brand new show option. It read “Outer Banks” with a thumbnail that showed four mysterious-looking characters that did not pique my interest. With nothing better to do, I obliged and clicked on the first episode with nothing near an open mind.

Centered around finding the infamous Royal Merchant, a tight-knit group of friends gets roped into several illicit activities on a treasure hunt. These characters seemed bland and cliche at the start, uncultured if I may. John B. served as the leader of the group, JJ the troubled bad boy, Kiara the hippie and Pope the brains of the operation.

They called themselves the “Pogues.” In a nutshell, they lived on the wrong side of the tracks and did not have trust funds. Kiara, the only exception, dubbed herself an honorary Pogue as she did not resonate with the vibes of the “Kooks.” You guessed it. The Kooks lived in the big mansions on the side of town with generators and cell reception and used up all of daddy’s money.

On this journey to find gold, the characters enthrall the audience with love triangles, child abuse, drug addiction and even arson. The attempt to find this gold unravels several secrets that not only affect the group but also the police, Social Services and of course, the Kooks.

From the theft of a gun to the countless rolls of weed to finding the bars of gold, worse happens and forbidden romances form. John B. falls in love with Kook Sarah Cameron whose father caused the death of John B.’s dad, Big John. Kiara and Pope also share a kiss even though a Pogue rule states “no Pogue-on-Pogue macking.”

The season starts off slow and does not take off until the third episode, but once it does, the journey amazes the audience. From the aesthetic of the beach to dilapidated churches, the producers capture the essence of the actors in different ways and settings.

Not only do the breakout actors surprise the viewers with their acceptable acting skills, but the season finale also leaves an itch that can only stop with the arrival of season two. Overall, I rate this show a 9/10 since the characters please the eyes and the storyline gets better as the show progresses. Stan Kiara and JJ for clear skin.