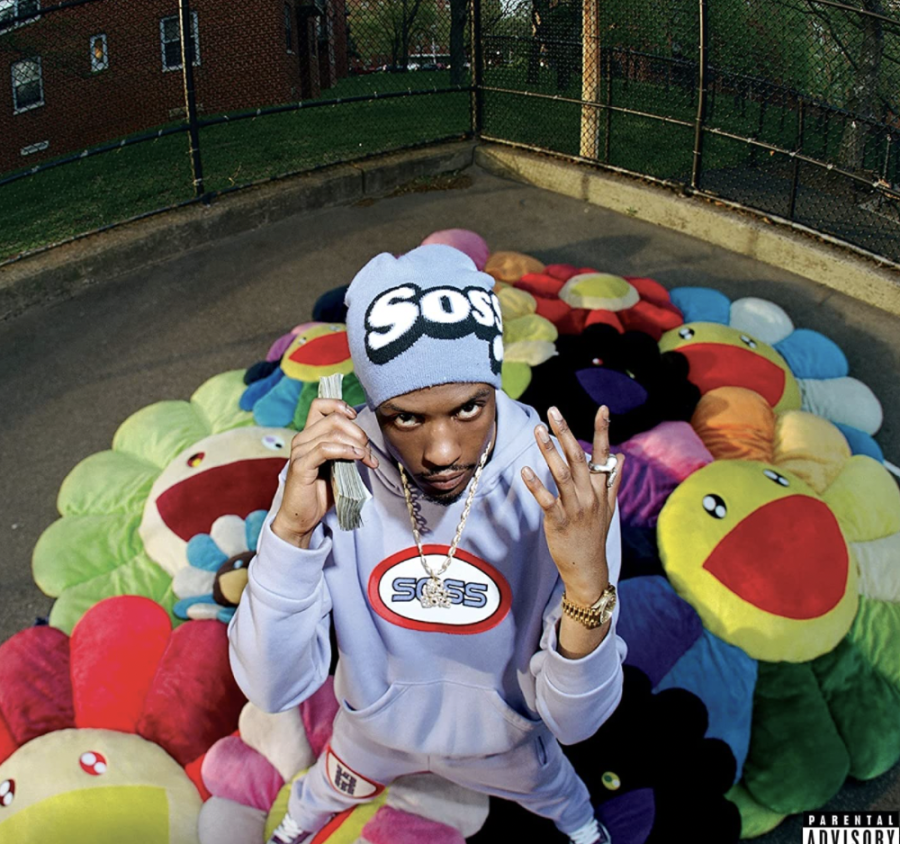 Starting as the #10 album of the year on this list is Tyler the Creator’s new album “Call me if you Get Lost.” This album has the quintessential Tyler the Creator vibe with a quirky sense of self-awareness and expression. Tyler doesn’t utilize many features in this album which is understandable because of his distinct musical nature and flow, but the featured songs are top-notch. Appearances made by Lil Uzi Vert, Lil Wayne, 42 Dugg, and YoungBoy Never Broke Again allow this album to have some versatility beyond Tyler The Creator’s traditional music.

Next on the list is “Culture III” by the rap group the Migos. Culture III was a typical Migos album, which is why it was so low on the list. The creation level in this album is low. The Migos used the same tempo for most of the songs, and it felt like the album was dragged out, and it had too many tracks instead of prioritizing the quality of the tracks it had. Regardless, the talent of the group is undeniable. An average song for the Migos is still better than the work of most other rappers, which is why this album is in the top 10. “Having Our Way,” featuring Drake was a radio hit and “Avalanche” was a top song as well. Takeoff showed himself as a premiere member of the group once again, and with the leadership and hooks of Quavo combined with Offset’s up-tempo verses, the Migos were able to create an above-average and worth the listen to the album.

Coming in as the eighth album of the year was “The Voice” by Lil Durk. Unlike the last two albums on this list, Lil Durk utilizes many flows throughout this album to add versatility on his own. With only seven features for a total of 28 tracks, Durk’s ability to supply his melodies, hooks, and verses was surprisingly enticing and drew in listeners. Songs like “Backdoor” and “Still Trappin” were hits and went viral on TikTok, causing a burst in streams that put Durk on the billboard several times. Features by Lil baby, Pooh Shiesty, and King Von helped supply some other rap elements to the music, but ultimately, the lack of intricacy with the beats and scores didn’t allow this album to be higher on the list.

The latest work by Young Nudy, “Dr. Ev4l” is the seventh album on this list. Young Nudy is newer to the music scene, so there wasn’t much to be expected from this album. Listeners were pleasantly surprised to find out how musically talented Young Nudy was with this album. Young Nudy has an up-tempo, but dark sort of style to his music. Features from more lighthearted artists such as Lil Uzi Vert added a nice contrast to this music and features from other more dark artists such as 21 Savage and G Herbo which perfectly complemented Young Nudy’s flow. “Child’s Play,” “Yellow Tape,” and “DR. EV4L” headlined this album with amazing flows and beats throughout. Ultimately, after listening to this album, there wasn’t much to ask for other than maybe a few more features of young up-and-coming artists like Nudy.

The sixth album on this list is “The Off Season” by J Cole. J Cole is commonly known as one of the greatest rappers of all time. Most of his albums would undoubtedly be the best albums of their respective years. However, this album was definitely below Cole’s average level of work. The album seemed to be second thought due to the rumors of Cole’s retirement, and there was an apparent lack of effort from Cole, which was picked up by the features on the album. 21 Savage featured on “m y . l i f e,” which was undoubtedly one of the best songs of the album but the hero of this album was Lil Baby. Lil Baby featured on “p r i d e . i s . t h e . d e v i l,” the favorite song of the album, and brought energy and flow from the second he appeared on the track. Ultimately, J Cole was just overshadowed by the talents of the younger artists on this album, which leads people to wonder, is J Cole’s true retirement coming soon? Regardless, “The Off Season” was an above-average album, but because of the abundance of high-quality music released this year it is only the sixth-best album.

Kentrell Gaulden commonly referred to as “YoungBoy,” just released his new album “Sincerely, Kentrell.” This album alludes to YoungBoy’s childhood and features YoungBoy’s typical relaxed flow with very few high-energy songs. What was surprising about this album was YoungBoy’s ability to produce lots of quality music. With featured songs such as, “Nevada,” “Bad Morning,” “Forgiato,” and more, YoungBoy showed that although the flows might be similar, he can make a surplus of high-quality music. The main critique and the reason for this album only being fifth was the repetitive nature: “On My Side,” and “Forgiato,” are parallel almost from beginning to end in terms of flow and meaning, and the feeling when listening to this album is that you are hearing the same thing over and over. Ultimately, this and the lack of elite featuring is what makes “Sincerely, Kentrell” the fifth best album of the year.

Drake’s latest album Certified Lover Boy has proven to be one of the best albums of the year. Common for Drake’s legacy, this album featured a plethora of features like 21 Savage, Lil Baby, Travis Scott and more. There is a great mix of laid-back relaxation music and up-tempo hype music to appeal to the preference of the listener. Throughout the 21 tracks, Drake does a great job of making sure none of the songs will bore the listeners, with intricate beats and flavorful melodies. Songs such as “Papi’s Home,” “No Friends In The Industry,” “Knife Talk,” and more were instant classics that we should expect to hear on the radio for years to come.

Young Thug’s brand new album “Punk,” has quickly solidified itself as one of the most elite albums of the year. One of the best things about this album was the contrast Young Thug used. With some up-tempo songs, some lowkey songs, some songs with multiple features, and some with none at all, it felt like every song was different but connected. “Punk” featured rappers such as Future, Gunna, and Post Malone that are all similar musically to Young Thug, but also rappers such as J Cole, Drake, and Lil Double 0 that are different. This album can be summed up with one word. Versatility. There were only a few songs on the album that were subpar, “Livin’ It Up” and “Love You More.” If it wasn’t for those two songs, “Punk” would be #1 as the best album of the year.

Coming in as the second-best album of the year is “Slime Language 2,” by the rap group Young Stoner Life (founded by Young Thug). This album brings energy from the first track to the last song. This album features Young Thug, Gunna, Don Toliver, Travis Scott, Drake, Coi Leray, and many other artists that play perfectly off of each other’s unique musical personalities. The thing that separates this album from others this year was the utilization of talent. With this many artists at the top of their game, it was most likely very difficult to get everyone on the same page to create music with elite flow. Young Stoner Life was definitely up to the challenge, and they handled it perfectly. On the song “Proud Of You,” Young Thug, Lil Uzi Vert, and Yung Kado were all integral in the distinct and well-contrasted sound this song created. Other songs such as “Pots N Pans,” “Paid the Fine,” and “Diamonds Dancing,” all had central features as well, and the management of the surplus of artists was perfect. The only critique of this album is that although each song was created to perfectly flow with the artists featured on it, there was a lack of continuity throughout the entire album, and it felt like most of the songs were unrelated to each other.

The best album of the year is none other than “The Life of Pi’erre Bourne 5” by world-renowned producer Pi’erre Bourne. This album is 16 tracks of up-tempo music appealing to the new generation. In the song “Practice,” Pi’erre Bourne makes mention of Spongebob and Patrick, and the entire album feels like it is made for the young listener. Pi’erre Bourne uses his elite producing skills to create perfect beats for almost every song, and Bourne flows the end of each song into the next song, creating a cool element to look forward to for people that listened to the album from start to finish. This album has features from elite artists such as Lil Uzi Vert and Playboi Carti, but for the most part, Pi’erre Bourne was the main voice in the songs, proving himself as not only a producer but also a quality rapper. “Switching Lanes,” “Sossboy 2,” and Retroville,” are some of the more known songs, but every song on this album is without a doubt worth the listen.