The Batman: Three Hours of Greatness 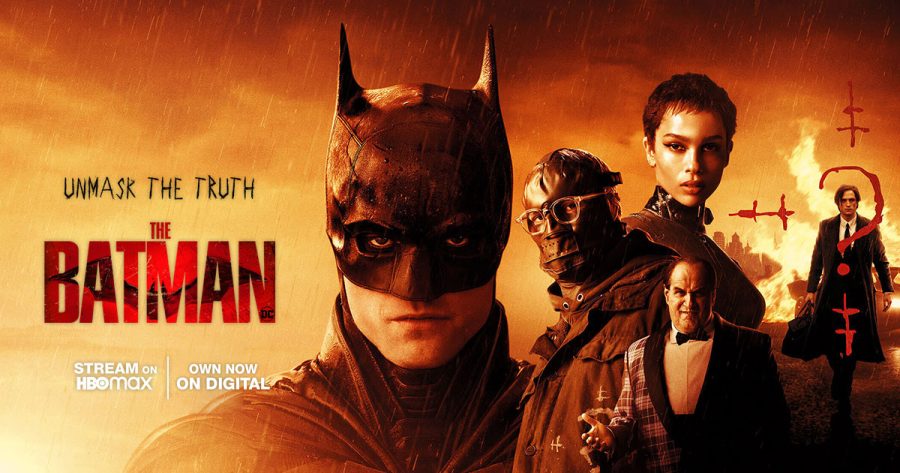 When no one asked for it, Warner Bros provided, in the form of a new Batman film, “The Batman.” This new adaptation provides a darker take on the masked vigilante as Bruce Wayne just became the hero of Gotham City. The movie ran for an entire three hours, but I stayed hooked the entire time through its set, characters, soundtrack, and storyline.

Most of the shots were filmed in Liverpool although parts of London, Glasgow and Chicago were used for some scenes. These cities created the true grim attitude that surrounds Gotham City, and it felt very surreal. Between every Gotham adaptation, there’s no comparison to this one because of its accuracy and realism. Director Matt Reeves provided an excellent adaptation of The Batcave. I love how they integrated all the technology with the cave atmosphere. I hope for future sequels they continue these dark and eye-catching sets.

Hands down this movie brought us one of the best Batmans in cinema history. Robert Pattinson gave a spectacular performance as Batman, and that’s the least I can say about his character. Of course, Christain Bale, who played Batman in the Dark Knight trilogy, will forever be superior. However, when Pattinson’s Batman appeared on screen, my eyes widened with excitement. Catwoman, played by Zoë Kravitz, provided a decent performance, although her romantic life in the film kind of threw the movie off-balance. Paul Dano gave the audience the best adaptation they have ever seen of The Riddler. His portrayal mimics the fictional horror character Jigsaw, but he also took heavy inspiration from the serial murderer Zodiac Killer. The character horrified me, but that’s what makes him so great. I could go on about each and every character, but it’s important to understand each one stands out.

The soundtrack added a lot of quality to this movie. There were rock songs like “Something in the Way” by Nirvana and classical songs like “Ave Maria” by Schubert. Both these songs contributed their own themes to each scene and I loved that. If someone takes these songs out or replaces them with another song, the scenes would not be as emotional. Of course, there were background songs like “It’s Raining Vengeance” that gave Batman his menacing aura.

When a movie contains a long runtime, it must keep its audience engaged for as long as possible. Although “The Batman” ran for a long time, the storyline kept me from zoning out. The number of action scenes balanced out the number of story sequences, scenes where characters would just talk or interact. Not to mention, each story sequence would include a thrill/mystery element that kept me engaged.

Overall, “The Batman” shows how it’s possible to make new projects of old superheroes and exceed expectations. I give this movie four and a half out of five stars because Catwoman could have been less of a mess. I hope the future films for this franchise also succeed.