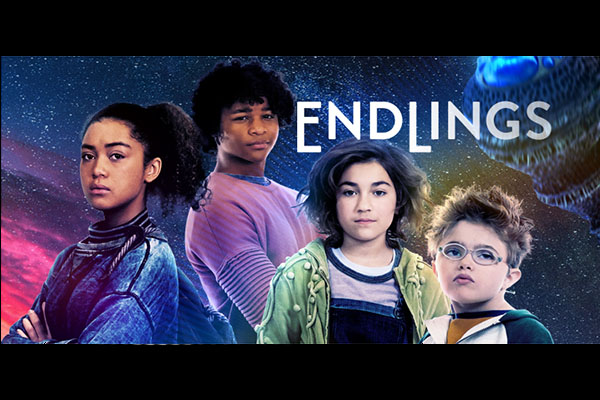 The plane’s wings cut their way lazily through cotton candy clouds, not a bird in sight at such a high altitude. Edison Grant stares out the window wondering at his own luck. Having completed filming for the second season of his TV show, he is coming home.

Sinking Ship Entertainment’s Endlings aired Jan. 5, on CBC Television and Hulu. Two episodes air every Sunday, with 10 episodes in total and the finale is scheduled to air Feb. 2.

Grant will finish filming season two between Feb. 2-10, 2020 and will return to Texas to close out his junior year at Legacy. Grant cannot say for sure what the future holds, but he dreams of many more roles and a better future directly impacted by the art he loves.

“My hope is that from this show it really makes a difference in the world and in young people’s lives and it gives the next generation a better understanding of what needs to be done to save the planet,” Grant said. “In terms of me personally I just hope they’re more roles to come. Roles that have meaning and importance and are fun to do.”

“I don’t really have anything to compare it to since this is my first major role, but if all the roles that I have in the future are like this then I’d be pretty happy,” Grant said. “The crew is great, the cast is great and it’s a really good time when I’m with them and I’m doing what I love.”

The show centers around four children living on a farm with their foster father, Mr. Leopold. The mismatched family discovers an extraterrestrial alien on a mission to save the endangered species of planet Earth and find themselves quickly taking up the alien’s mission.

“This show has taught me a lot as an actor and as a human being,” Grant said. “[It] has a really great message behind it and it has shown me the real state that our world is in right now and it’s given me a bigger perspective on what needs to be done to save the world.”