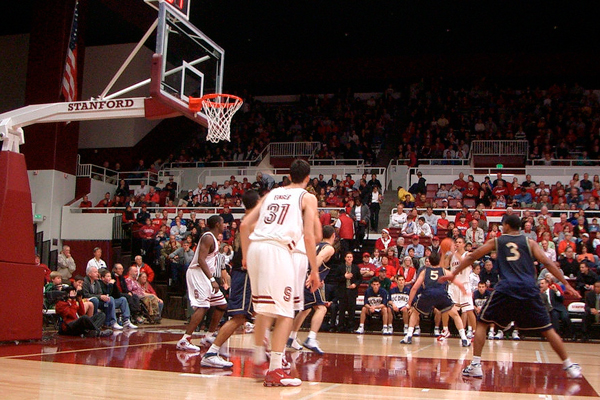 Photo used with permission from Flickr.com

Lauren Hargrove, 11, explains why sports athletes need to be a positive influence on children

Young children in today’s society can be influenced by anything from older siblings to their favorite sports stars. Social media strongly affects the way we make decisions and chose our opinion on certain things. Having a role model to look up to could make or break the way kids interpret things, especially young athletes who turn towards professionals for guidance. Athletes should start becoming better role models for those that look up to them.

In 1993, former NBA star Charles Barkley conducted an interview where he said, “I’m not a role model. Just because I dunk a basketball doesn’t mean I should raise your kids.” Luckily for Barkley, the time in which he conducted the interview, social media was not “hot.” Barkley must know he portrays a role model, whether he likes it or not. However, whether he plays a positive or negative one depends on him.

Continuing to use the NBA as an example, only one out of 10,000 high school basketball players go pro. So what do the other 9,999 students turn to? For one, over half of them probably hold onto some hope that they will at least play in college and the ones who do, turn to the pros. Whether it be watching them on tv or sitting courtside at a game, high school and college basketball players look up to the stars to learn plays, shots and form. So if a role model is defined as “a person looked to by others as an example to be imitated” that makes all professional athletes a role model.

Retired basketball star Karl Malone spoke out against Barkley’s arrogant comments in a Sports Illustrated column stating, “Charles…I don’t think it’s your decision to make. We don’t choose to be role models, we are chosen. Our only choice is whether to be a good role model or a bad one.” Well played Malone, well played.

Athletes may think they should not “raise your kids,” however, the simple-minded sports stars believe no one of the younger generation wants to be just like them. With the small percentage of children who eventually go pro, it makes them want to follow athletes more. They want to eat what they eat, lift what they lift and train how they train.

It is important that children that play sports have someone to look up to. A child should have someone to believe in. Watching their favorite athlete score a goal or hit a home run gives them a sense of hope. The hope that they can someday become that athlete that they are in awe over.

Professional athletes are one of the highest paying jobs in America. With soccer legend, Christiano Ronaldo at the top of the list with a pay of $88 million a year, $56 million in winnings and $32 million in endorsements. This adds up to roughly $176 million a year and athletes are upset because of the kids that look up to them. That doesn’t make much sense.

Instead of professionals dwelling over themselves and their success, they should be focused on their fan base, the young athletes that look up to them. They should show them the ways to stand out above the rest and support them in the process. After all, they wouldn’t be famous if no one cared enough to watch their games.