Opinion: Athletes Should Be Held to a Higher Standard 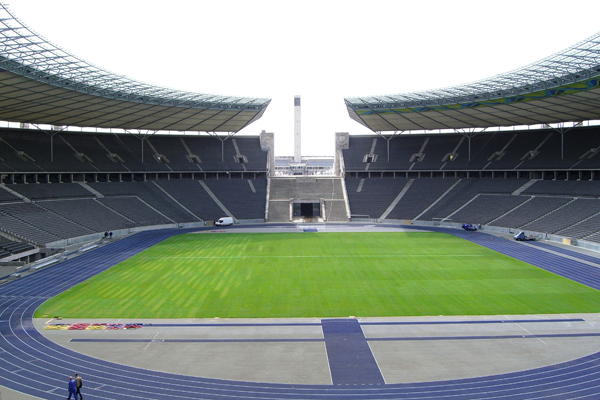 Used with permission from Wikimedia Commons

Major Melson, explains why he believes athletes should be held to a higher standard.

Sports and athletics, I believe, are two things separating America from other countries. There’s 153 professional sports teams in America and over 1,000 college institutions participate in sports. Which really is a lot of people. But should those people be held to a higher standard than the rest of us?

For starters, yes, they should. On a professional level, they are exposed to the media practically 24/7, which means every wrong move they make will likely be exposed. Millions of kids look up to professional athletes. When their role models do something wrong and get off easy, a fan might think, ‘it’s ok to do something bad because he or she did it.’ It hurts the athletes reputation as much as it hinders his fan’s decision making.

But on an even lower level like high school, I believe athletes should be held to a higher standard. So, I’m sure there’s thousands of stories of athletes getting privileges or second chances more than a regular student, like if a football player needs a 70 in this class so he can play, but right now he has a 65. The teachers bumps his grade and everyone goes on about their day and the player gets to play.

I play football here at my school and I am thankful for the teacher raising a grade for my teammate to play. But as far as them getting a free pass just for playing football or a different sport, if I was a regular student, I’d be kind of upset. I did all my work when it was hard and I always showed up to class, and maybe I failed and they didn’t because they play a sport. That doesn’t seem right.

But then, if you want to hold these athletes to higher standards, don’t be upset if they have special privileges. For instance, a student athlete gets in trouble for acting up in class, they would probably be sent to their coach rather than an AP. Students would say ‘it’s not fair because their coach will just let them off the hook.’ When really athletes would much rather deal with the AP than a coach, and an athlete would probably say it’s not fair because non-athletes don’t have to deal with a coach.

Let’s say a basketball player carries their team all the way to the state championship, but also maintained straight A’s and never got in trouble. So, the faculty decided the player should be praised and they throw a pep-rally to retire their jersey and stick their name on the ‘Wall of Fame.’ No regular student should be upset like they didn’t deserve it when the player was held at such high standards and went even further than he was supposed to. That doesn’t seem right either.

Lastly, during a game, Oklahoma Quarterback Baker Mayfield made a vile gesture while tossing a few words to the Kansas sideline. This was interesting to see, and some would say it was very inappropriate. But those actions will be the only thing people ever see about the game, just another immoral athlete acting up. Which if you watched the game, the Kansas players decided not to shake Mayfield’s hand and took several cheap shots at him after plays. So, really this could go either way, but it was in the heat of the game and Kansas kind of deserved it. But Mayfield still won the Heisman, still played in the playoffs, and will still get drafted. Some would say this builds the case of athletes never having to deal with consequences, but no. What he did (sans the vulgarity) is understandable to me. He’s in the middle of a game, emotions high, adrenaline running and those situations typically don’t come up with non-athletes.

I believe athletes should definitely be held to higher standards because everything out of line they might do will hurt their reputation, their school or team’s reputation, and make all the people around them think they have no morals or rules to follow just because they play a sport. Athletes are some of the most watched people in the world and even the most popular around school. When an athlete understands their role, they should already know they’re going to have to act different.