The United States’ Economy Should Reopen 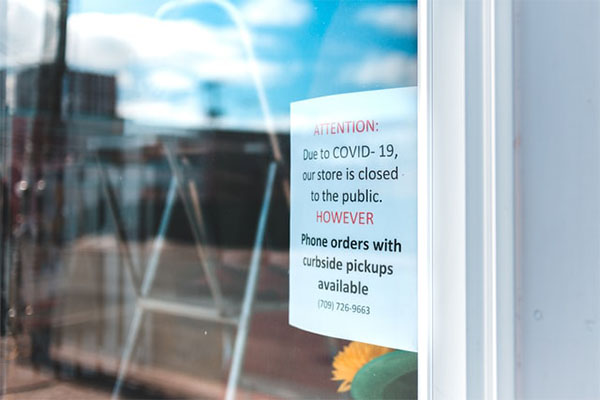 Amid the COVID-19 pandemic, businesses across America were forced to close.

After the shock of the COVID-19 pandemic, the United States’ economy witnessed a downturn that rivals the 2008 recession. Throughout the economic decline, Americans lost their investments in the stock market as well as their jobs as businesses shut down by state ordinances in efforts to flatten the curve. The United States’ economy can not return to its thriving state until the economy reopens and Americans return to their jobs.

The United States promoted the closure of businesses in an attempt to encourage people to remain at their residence and reduce the spread of the virus. As businesses closed, the economy suffered and hindered the ability of business owners to pay employees and resulted in laying off workers. More than 26 million people lost their jobs because of the COVID-19 pandemic, as of late April. The unemployment rate surpassed the peak during the recession and crushed the record job growth of the past 10 years. Programs in America, such as the $1200 stimulus check delivered to citizens and the Payroll Protection Program to help keep people employed, took effect in an attempt to benefit Americans who were affected by the downturn. However, the action taken by the government to compensate Americans for their unemployment does not always compare to the paycheck they receive from their jobs. Americans will continue to lose money until the economy is given the opportunity to reopen and Americans can return to their jobs.

Americans will continue to see the economic deprivation and deterioration of the economy until the American economy is able to resume previous activity. Stores need to reopen and restaurants need to allow customers to dine in, to keep local economies strong and in turn, will restore the national economy. Americans deserve the right to work and earn an income. Until the government takes these small steps, the economy will not recuperate to a state of prosperity capable of employing every American. The closure of the economy cannot withstand for much longer and more people will continue to lose their jobs and businesses will continue to close their doors. Aside from individuals immersed in the economy, the economic state will hurt the local government’s future budgets as they see a decrease in revenue, specifically in cities where entertainment brings in a large portion of their money. A city’s budget depends on an approximate of 29-30% of sales tax and without local businesses in operation, they lose a great deal of the city money that affects public infrastructure and schools. Arlington, Texas, a main entertainment district of the area, expects to lose 18 million dollars as a result of the pandemic. This will, in turn, provide even more decline in the area as a result.

In regards to the public safety concern, the business closures serve only as a result to flatten the curve of the COVID-19 pandemic, but the continuation of closing businesses will only cause financial depression to families across the country as more people lose their jobs and businesses. Companies that worry about the health risks associated with reopening their doors should take the necessary precautions and take into consideration how their progress can help the economy around them and get more people into a stable financial state. Scientists continue to work towards remedies to the virus, but the problem affecting just as many people bears a solution right in front of us: businesses must reopen to the public. This will allow their employees to earn their income and sales to be made for the local economy to thrive.

For the foreseeable future, COVID-19 will recommence and prove a threat to the world, but the government needs to allow businesses to carry on operations before irreparable damage occurs. Health precautions should stay in place as well as people return to work, but they should reserve the right to receive a paycheck and business owners deserve to drive an income into their operation. The economy needs to reopen for Americans to thrive in an environment of economic prosperity.