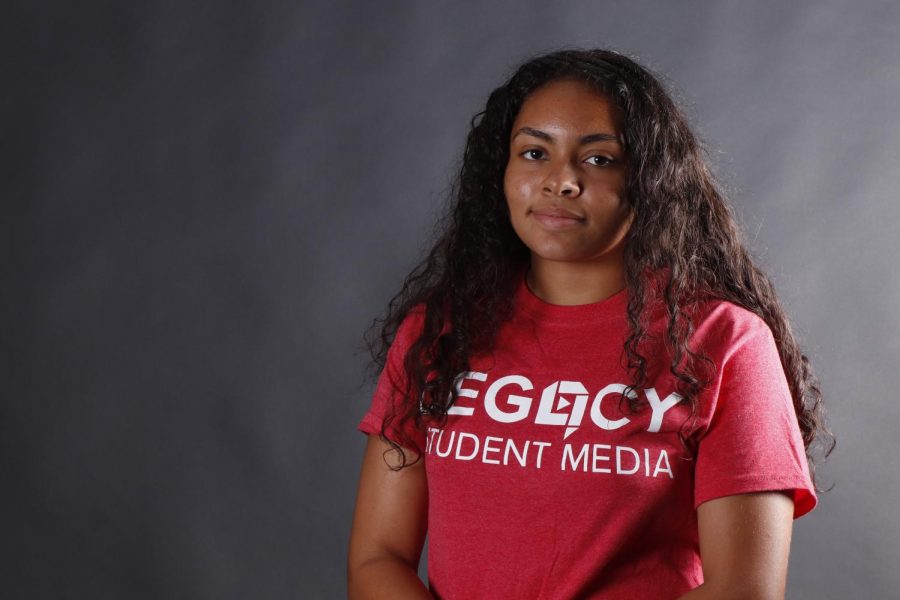 Mckinnon writes about the challenges change has brought her family

From the outside looking in, my family looks normal. But like every other family, there’s something they struggle with.

My eldest brother always struggled with his behavior. At the age of 12, he caught his first felony for assault with a deadly weapon. Despite his behavior, he’s an enamored brother to me. Around 4th grade, I noticed a change in my brother’s behavior and attitude. He spent less time around the family and became standoffish. Although I was young, I was not oblivious. Shortly, after I noticed this change, I found out my brother had a drug problem. This soon started to affect my household.

Arguments between my parents about his problems started to occur. Every night, I remember my mom trying to lecture to my brother. Despite my parent’s constant effort to help him with his drug abuse and behavior, nothing helped. I couldn’t stand to see my parents fight and my brother in a horrible stage in his life. I stayed in my bedroom. Youtube and Netflix became my best friend. His drug abuse remained on and off all throughout my school career until my sophomore year. I eventually became used to the 12 a.m. calls from my brother to get bailed out of jail.

The hurt from seeing my brother on drugs didn’t come close to the hurt I felt because I had lost a part of him. To witness my brother slowly deteriorate into a stranger is unexplainable. I could tell when my brother went back to his old ways. It’s like a switch he’d turn on and off.  After a while, I started to resent this and him. It made me irritated that he took advantage of my parents when he needed something, then went right back to his ways when he got what he wanted.

Today, my brother has made considerable progress. Although up and down moments occur, he holds a steady job, goes to church, spends time with family and helps out around the house. Every day I’m grateful for this change and only hope for the future to hold many more blessings for him.

Although many negatives came out of this situation, I learned many positive lessons. My family found God through this and have funny stories to tell about my brother’s crazy times. I learned not to trust or judge anyone because you don’t know what goes on in their home life.

I watched my brother become a stranger.