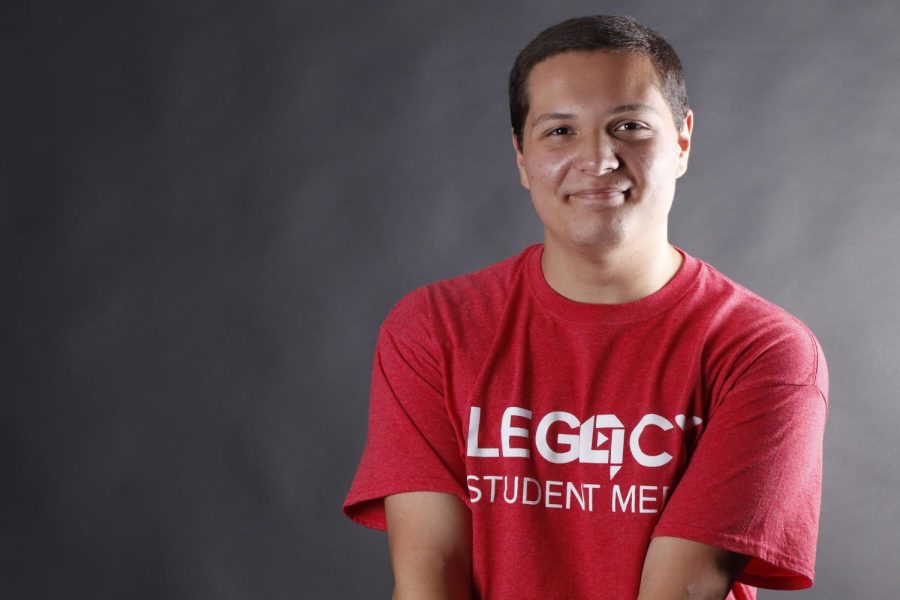 Dudzinski writes about his evolution as a writer

I didn’t always like to read and write. In my youth, I couldn’t stomach the idea of stillness, let alone the reading of someone else’s words. I never had to think about how words could affect a person on so many different levels, not until my fifth-grade year of school.

My English teacher at the time assigned us to read the novel Tuck Everlasting, a novel about a young girl who finds a family immortal because of a magical spring in the woods. The story focused on the topics of romantic and familiar love, and for some reason, as a child, it brought me to tears. I laid my head against my desk and cried into my arms, tears that were entirely uncontrollable.

I became obsessed with reading, so I strived to learn all I could to improve my vocabulary and understanding of novels. I began to become the best reader in my class, and my level was above all, I could read novels no one else in my grade or school could.

Though I was young, my teacher let me read novels such as The Hunger Games series and a collection of Greek mythology stories, and I impressed myself even at a young age at how well I could comprehend and understand every aspect and meaning of a story.

From there on, I continued to progress as a reader and tried to absorb all the stories I could throughout my youth. Though I didn’t feel invested in the world of writing yet, I still got to live in so many different worlds and fantasies that helped me through some times of growth and change that challenged me emotionally and mentally.

However, when I reached seventh grade, I had another English teacher that inspired me in the language arts yet again. He taught me the art of expression through writing, and at the time I was very confused and couldn’t find myself. I began to write countless stories with original characters and expressed my feelings and thoughts into them constructively.

Though the pain of change and growth still lingered, it eased with the ability to share my emotions in a way where I could build my own story and characters. I became so obsessed that I would rely so heavily on writing that I needed to do it day by day in order to not feel overwhelmed.

In my eighth grade year, I found out how to share my work through the internet on certain platform sites, and I then also got into writing fanfiction for the many different fandoms of media I consumed at the time.

As I began to post my works online I started to receive a following and learned lots of tricks on how to spice up and hook people into my stories. This then went on through high school as I still continued to publish works, but at a much slower rate because of the amount of work I had.

In my sophomore year, I had a general idea of various novels such as To Kill a Mockingbird and how they related to segregation and differences between people. I wanted to focus on that and make a story where people of so many differences could come together but still connect with one another.

That’s where I got the inspiration to create my story Wind In My Hair, a story about a world full of superpowers, but without a superhuman society, and the struggles of surviving high school. The idea of a moderately caucasian cast isn’t appealing to me, so I made my characters all different races and heritages, along with sexuality and identity.

At first, I did it just to test out how it would work, but then I slowly got a good amount of people reading my story. Currently, I have over six hundred people that read my story on the site and app Tapas, where artists and writers can post their original works.

I stopped writing as a hobby and started on a path I would like to tackle with goals to spread encouragement of diversity, to ignite hope in my readers and to let people know that they shouldn’t feel alone.