LeBron James: Making a Change Off the Court 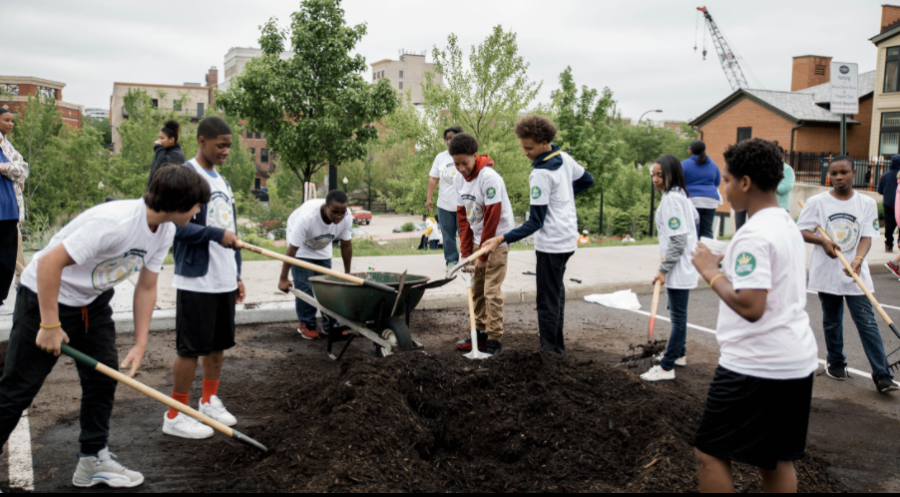 LeBron James 'I Promise' institute participates in community service such as planting trees around the city.

LeBron James, primarily known as one of the greatest players in NBA history ultimately won four championships and MVPs. Many recognize James only for his accolades on the court but he’s also a great man off the court. James has no account of legal trouble and he’s known for donating and giving his time to the less fortunate regularly.

LeBron James IPromise School
James opened up a school in his hometown, Akron, for less fortunate kids in the area. Graduating from this school allows for free tuition to the University of Akron. Students must obtain at least a 3.0 GPA to receive this scholarship. With its stem-based curriculum, family plan and family resource center IPromise became one of the fastest performance growth schools nationwide.

The Decision
Lebron James aired “The Decision” on ESPN to let his fans know where he would be playing basketball for the 2010-11 NBA season. Fans were upset to pay for this broadcast and see Lebron leave Cleveland for Miami. However, the proceeds of this special were used towards a good cause. Lebron raised and donated near;y  2 million to the Boys & Girls Club.

ONExONE Foundation
As there is not a specific amount of money or items given, Lebron is a huge donor to the ONExONE foundation. These two organizations provide and promote the essential needs for children in America and abroad. Lebron as a child never had it easy growing it, so the Lebron James Family Foundation likes to give and support ONExONE. As of 2019, Lebron has donated at least $1million dollars to this company.

Lebron James Family Foundation
James is a huge advocate in his hometown Akron, OH and always looks to give back. He is assisting the West Market Street Neighborhood, the neighborhood he grew up in as a child. He built a new school, three residential buildings, and a sports-entertainment complex. The Lebron James Family Foundation totaled about $20 million toward the West Market Street Neighborhood.

Contributions to the Muhammed Ali Exhibit
James paid his homage to the great boxer, Muhammed Ali. Ali is honored in the Smithsonian National Museum of African American History and Culture as both an all-time boxer and a social activist. Ali’s exhibit is titled “A Force for Change” as he really cultivated African American sports culture. James donated about $2.5 million to this exhibit partly because of Lebron’s inspiration to the great Ali who died in 2016 with Parkinson’s Disease.