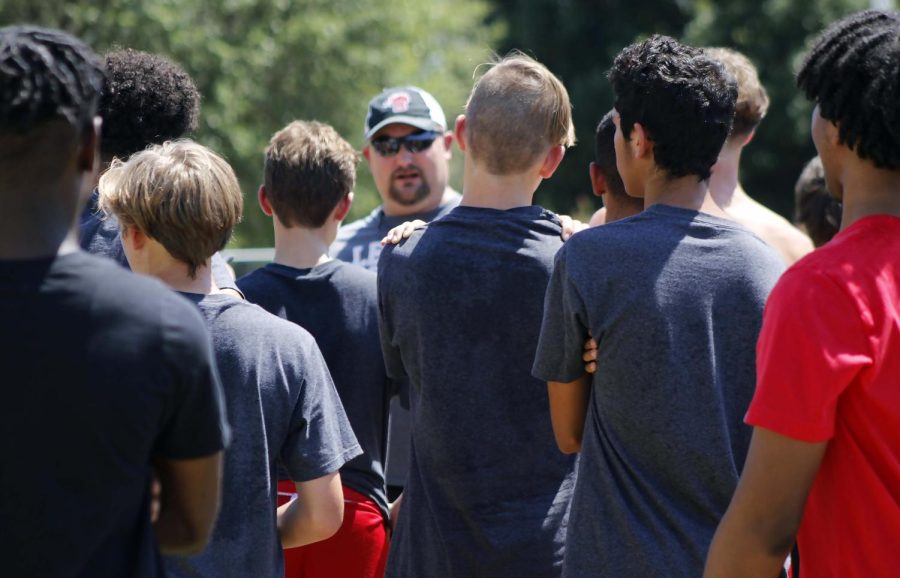 In preparation for the upcoming soccer season, players have trained in the weight room and practiced on the field. Tryouts take place on Nov. 29 and end on Dec. 3.

Boys’ Soccer Coach Michael Keel describes the ideal players he looks for during the tryouts.

“[The soccer players that are] mentally strong, they pass their classes. They’re good at soccer, obviously, but they got great kids in soccer, and they really work hard,” Keel said. “You got to be in great shape. Gotta be strong. You got to be talented physically. So it’s a well-rounded skill set that’s needed.”

Both of the varsity teams predict a good season that begins Dec. 10. There is a wide variety of talent between the athletes in the soccer period and the ones joining for tryouts. Girls soccer coach Zachary Hallack believes his varsity team is on the path to a district championship.

“I really think we should be, we have the talent. We have the depth this year. So there’s a lot of competition this year,” Coach Hallack said. “I was showing the girls the different positions and how much competition they are, and they were pretty blown away. So we have a lot of depth, and I’m excited.”

Seniors Jada Davis and Mateo Murillo look forward to trying out for their last season.

“I want them to be pretty tough because I think we have a good team, and I think if our tryouts are tough, that we’ll have like, a good set of girls,” Davis said.

The guys and girls both have unique mottos for their respective teams. The girl’s motto for the 2021-22 season is “Eleven is one” Eleven players pulling together in the same direction. One team.

“There’s a quote by J.J Watt I am looking at ‘success isn’t owned, it’s rented, and rent is due every day,’” Coach Keel said.