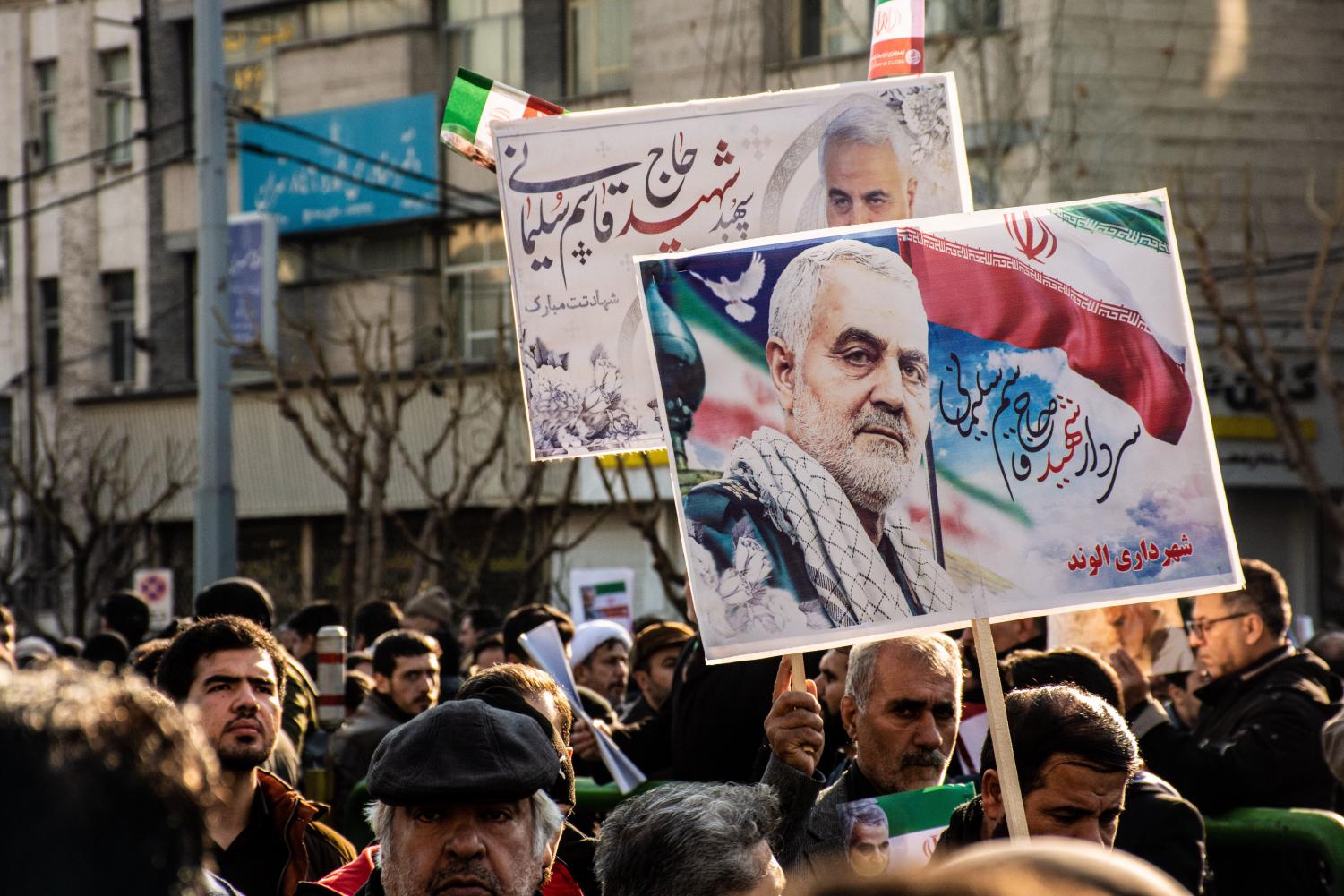 (Photo by hosein charbaghi on Unsplash)

Photo by hosein charbaghi on Unsplash

Versus: Action In Iran

On Jan. 3, Trump ordered the assassination of Iran’s military commander General Qasem Soleimani in an airstrike. Soleimani was a beloved leader in this area, and the news of his death came with backlash from all around the world.

Trump Should Handle Iran Without Violence 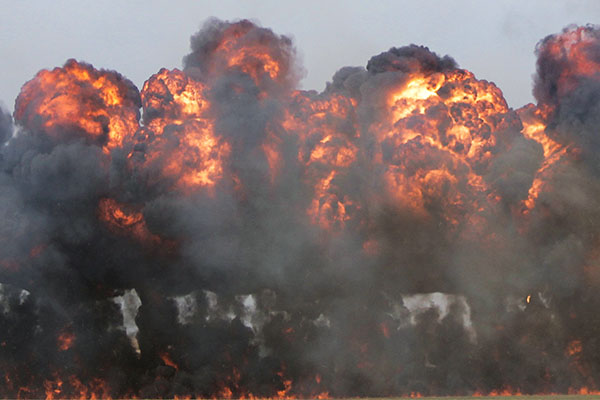 On Jan. 3 Trump ordered the assassination of Iran’s military commander General Qasem Soleimani in an airstrike.

On Jan. 3 Trump ordered the assassination of Iran’s military commander General Qasem Soleimani in an airstrike. The airstrike came from the US and was green-lighted by President Donald Trump. Trump claimed he ordered the airstrike to stop the war between the two. Now Iran wants revenge.

Soon after Soleimani’s death on Jan. 8, Iran fired 22 missiles at two US airbases in Iran. As of now, there are no reported casualties, only minor injuries. Tensions between the US and Iran escalated and many Americans worried about war.

Trump handled this situation immaturely and didn’t consider the consequences it would have. The 22 missiles Iran launched at the 2 US airbases didn’t cause any casualties or major injuries, but they could have seriously hurt the many American soldiers stained in Iran.

Although Trump got rid of a very powerful influential military leader in the Middle East, he could have handled things without taking someone’s life. The reason for Trump’s assassination of Soleimani was for possible future attacks on the US but if he would just come to an agreement and make peace no one would have to get hurt or die.

Trump’s go-to solution is death and things don’t have to always be solved in death. They both could have made an agreement and solved the tensions between each other. Peace and communication, unfortunately, aren’t one of Trump’s strong qualities.

Trump needs to find better ways to deal with conflicts with other countries. Peaceful approaches are the best approaches. Trump’s attack on Iran’s military leader could have been prevented and Violence isn’t always the answer. 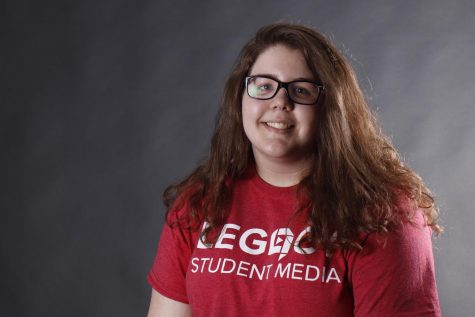 Hey guys, I'm a junior and I only come to school for my six friends. 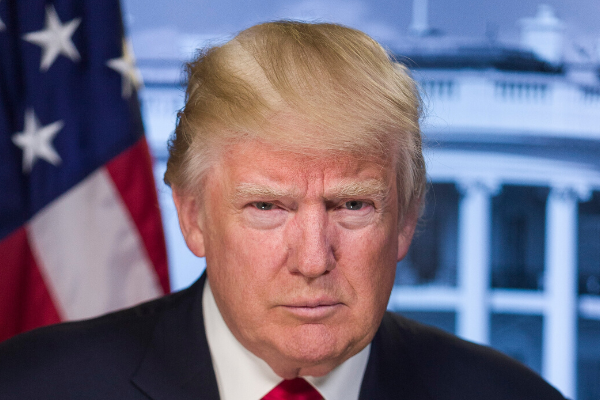 Photo by Library of Congress on Unsplash

In late December, Qasem Soleimani green-lighted an attack on the U.S. embassy in Iraq. He also had plans to attack three other embassies and told militias to step up and execute these plans. Also, Soleimani Iran’s leading terrorist, the leader of their military’s terrorist wing Quds Force. He was responsible for hundreds of American deaths in Iraq as well as thousands of Iraqi troops. He was in charge of the Iranian terrorist groups against American troops in the Iran War and led several other extremist groups in that region. Soleimani acted as a “very powerful influential military leader in the Middle East,” but he also acted as an evil man who hated our country.

We should not have negotiated with Soleimani as he was responsible for hundreds of American deaths. You can go out and watch the average movie about stuff like this and they all say that you don’t negotiate with terrorists. He deserved to die. He killed American soldiers, it’s as simple as that. In order to believe that Trump is responsible for the serious escalation of tension between our countries, you would have to ignore everything that has happened over the last couple of years. They have executed terrorist attacks on Americans, American interests and American allies. When I say ‘they,’ I mean Soleimani and his regime.

Yes, Iran did fire back, but notice how it did not kill anyone. 22 missiles and not a single one of them did any serious damage. It was a stunt. They wanted to act like they tried to avenge Soleimani but didn’t want to really do anything harmful. President Trump called their bluff. It’s not immature to kill a terrorist. Trump is not afraid of Iran, nor should he be.

Maybe people think that it was a drone strike was a mistake. Maybe people believe that Trump should’ve sent the Seals in to take him out. Why risk more lives when you can do the same job with way less risk? President Trump has the authority to act inside Iraq, and not only that, the Iraqi Government has invited the U.S. into their country. A key detail of this strike is that Soleimani was not killed in his home country of Iran. He was a foreign terrorist inside of Iraq, so there is no violation of law or assassination.

Why the media has turned this into something wrong baffles me. Whoever calls Soleimani a ‘hero’ should not be considered an American. He was one of the worst people on the planet. I’m at a loss for words at how anyone in our country can view the strike as a mistake. The Iranian people didn’t want Soleimani or his regime in charge of the country. But we should be scared that all Iranian people want war? It’s ridiculous. Iranians didn’t like him. I would like to say Americans didn’t like him. But yet, it’s another chance for the media to bash our President simply because they do not like him. It’s time to wake up and realize when we’ve been lied to. 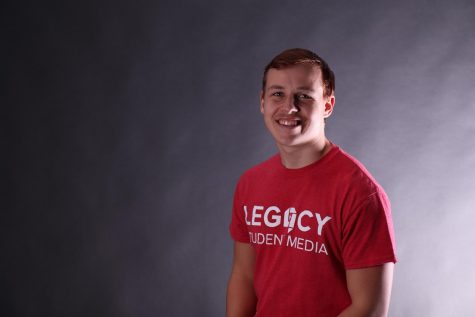