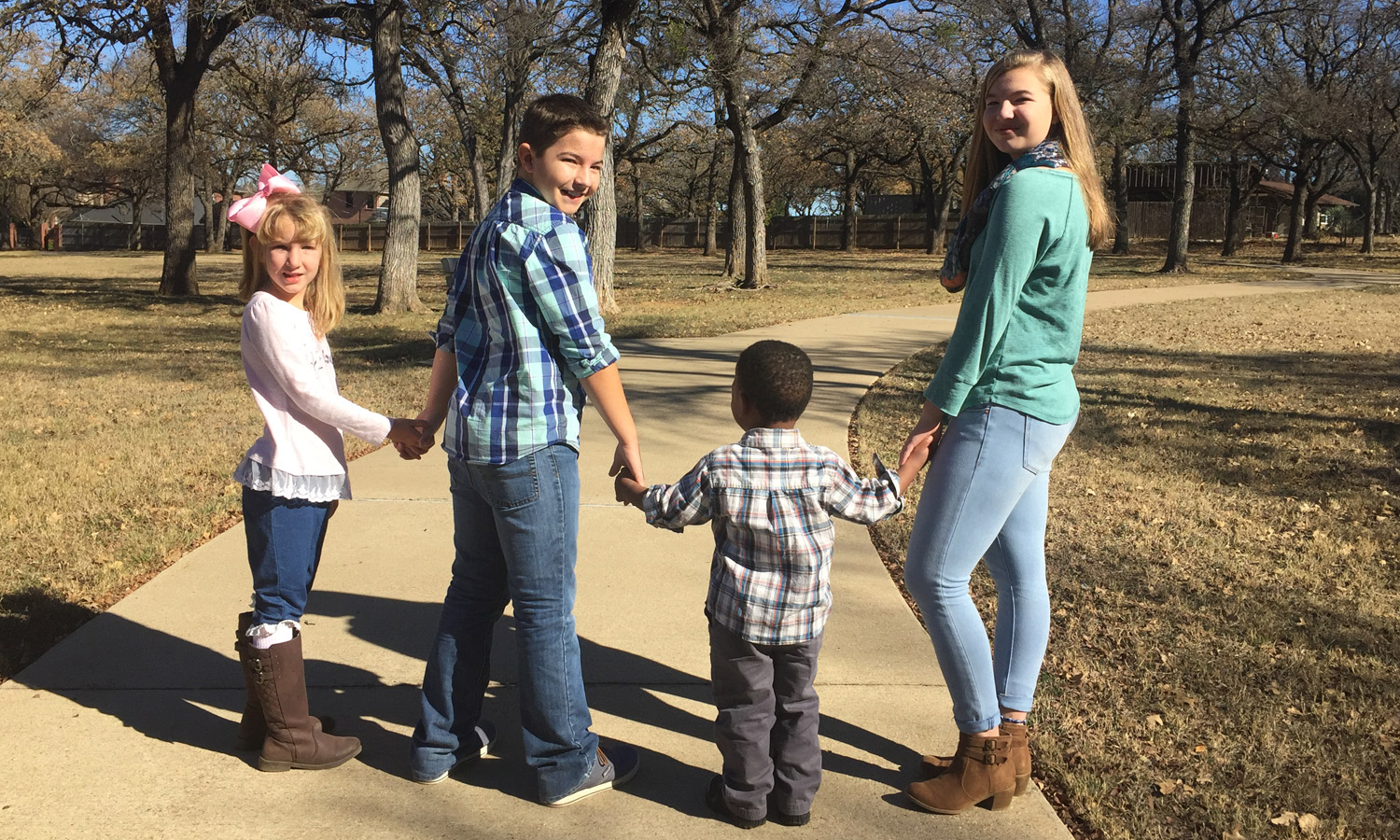 Anxiety consumes freshman McKenzie Canton as she stares out the window. A white car pulls up, and an exhausted, worn-looking child gets out. Canton rushes to the door to welcome the newest member of her family.

Canton’s family fosters children aging from a few months to four years. They, along with thousands of other families, contribute to giving homes to over 29,990 children in the Texas foster care system.

“[Being part of a foster family] has done a lot of things. Some days it’s just so tiring, but other days you want to love on them all you want,” Canton said. “It’s definitely hectic, but in the end we know we’re doing something good, so we still enjoy it.”

Ms. Canton proposed the idea of becoming a foster family to Canton in 2014. Ms. Canton took the young girl to Chick-fil-A, and as they ate, Ms. Canton began to cry. She explained the importance of showing love to kids who did not have a lot.

“[Fostering] is overwhelming in the beginning,” Ms. Canton said. “Not only do you have trainings and long list of ‘things-to-do’, but you are emotionally faced with kids that are hurting from abuse or neglect. It’s a lot to process.”

After over a year of training, Canton’s family got approved to foster their first child. Since then, they have welcomed six children into their home. The family learned how to establish routines to fit each child’s needs.

For example, because most foster children come from abusive homes, Ms. Canton strives to make each child feel safe as soon as they enter their home. She greets them with a cooked meal, new clothes and time to play as soon as they arrive.

“Sometimes we’ll get them, and depending on the situation they came from, they’ll either be really defensive or they just can’t do anything at all bc they’re just so scared,” Canton said. “That’s when you really just have to care for them a lot and show them tons of love so they know they’re safe.”

In most cases, the biological parents of foster children can visit their children once a week. Canton recalls parents love on their kids when they see them, but some parents have disinterested reactions. Regardless, the children don’t know any better than to embrace the parents that harmed them.

“It just makes me really angry sometimes because I [think] ‘this parent has done nothing for you and you shouldn’t love on them’,” Canton said, “but, I always have to sit back and realize that they’re trying to change. You have to give them time.”

“They might love their kid a lot, but they don’t care for them the way we do,” Canton said. “They think of their child more as a possession, an object, more than their actual child and what’s best for them.”

Agencies strive to reunify the majority of foster care children in the US with their biological parents. They provide training to parents to help them learn proper parenting. Agencies also keep children close to their original communities to increase the rate of reunification.

“Foster care is important to the community because it provides a community’s children with safe, family-like placement options, so children don’t have to lose their communities when they are removed from their parents/caregivers,” Christy Streun, TFI Foster Care Worker, said. “Children need families, but they also need community.”

Foster children stay with their family for an average of 19 months in Texas. For Canton’s family, the departure of each child hurts their hearts.

I think one of the greatest rewards is just watch the kids change. To see them smile and laugh without fear or sadness in their eyes.”

“Foster parents are at risk of loving a child that will leave their home and even when they expect it, understand it and want a child to return home; it doesn’t make it easy when it happens,” Streun said. “They send pieces of their heart with every child that enters and then leaves their home.”

Children in foster homes benefit from a stable environment. They gain mental stability, steady education, positive socialization and increased trust. Foster care also increases reunification rates for those who remain in or close to their community of origin.

“We see the need for foster parents and we also see the growth that the kids accomplish while being in our home. I think one of the greatest rewards is just watch the kids change,” Ms. Canton said. “To see them smile and laugh without fear or sadness in their eyes.”