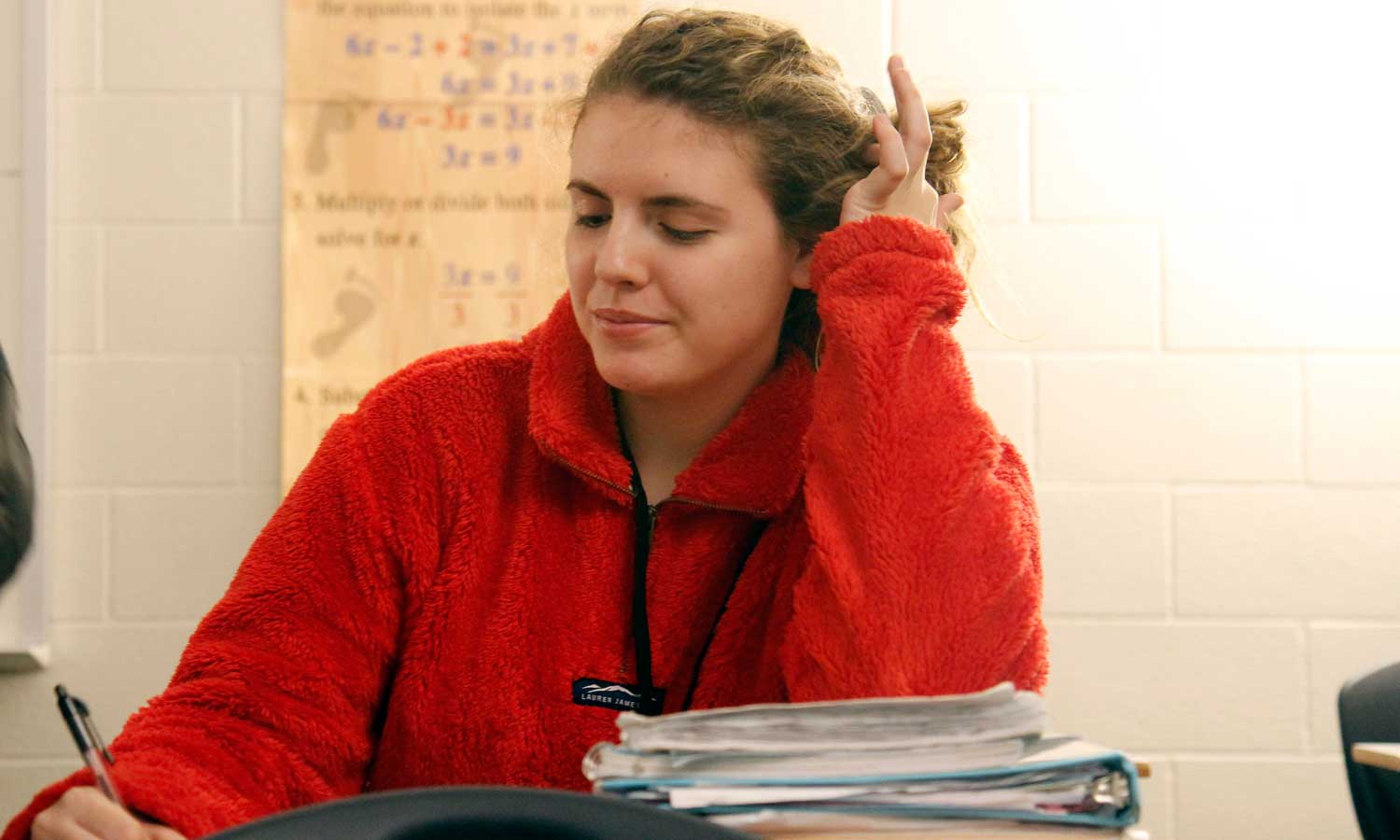 Emarie Wachsmann, 10 sits in class and tries to pay attention.

Five-year-old Emarie Wachsmann sits at the doctor’s office in her mother’s lap, nervous and scared of the questions the doctors keep asking her. Negative thoughts pace around her mind: “Am I normal?”

The doctor comes back with sheets of paper revealing the results.

I was definitely a statistic.”

Doctors diagnosed now-sophomore Emarie Wachsmann with Attention Deficit Hyperactivity Disorder (or ADHD) at the age of 5. Her parents wanted her tested because she struggled with her behavior and couldn’t focus in school.

“Once I had it, I figured out why I sometimes couldn’t act normal,” Wachsmann said.

Some school-aged children endure the label of “bad behaved” or “unfocused learner” and teachers could blame parents, but in certain cases, symptoms of ADHD cause the bad behavior. Symptoms of the disorder include disorganization, unfocused activity, impulsiveness or hyperactivity and start as early as age five.

“I was definitely a statistic. I was mean to teachers and didn’t want to go to school,” Wachmann said.

Former pre-k teacher Wendy Potts worked with children ages 4-6, the most critical ages in development. Potts concluded from her years of experience that students with ADHD struggled with more socialization and attention problems than intellectual problems.

“Many children lack coping skills, when they’re are used to an individual or comfortable environment and then placed in an environment with more kids and situations they just struggle and don’t have the skills to handle it,” Potts said.

One in four children diagnosed with ADHD also have an oppositional defiant disorder (or ODD), a disorder in which children act out persistently. Students with ODD act out around teachers, family members or other peers they feel comfortable with.

“I had many students almost have two personalities,” Potts said. “It’s like they thought they could get away with being bad around certain people.”

Diagnosed with dyslexia and ADHD, college student Eric Russell can attest that his disorders affected his learning and behavior at school.

“ADHD and dyslexia gave me anxiety of people knowing I was different,” Russell said. “I acted out because I didn’t want people to see my handicap.”