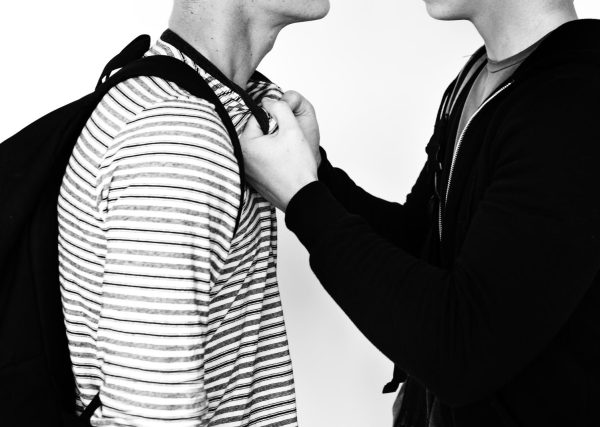 While fights on school grounds are no new phenomenon, aggression among teenagers has risen due to the isolation of the pandemic. Legacy will institute new policies to limit violence and disagreements on campus. Photo by Rawpixel (Photo by Rawpixel)

While fights on school grounds are no new phenomenon, aggression among teenagers has risen due to the isolation of the pandemic. Legacy will institute new policies to limit violence and disagreements on campus. Photo by Rawpixel

Isolation brought by the pandemic is responsible for a growing level of violence in schools across the nation, a new study suggests.

In response to parents’ continued concerns about the recent uptick in fights, Dr. Shelly Butler, principal, answered frequently asked questions in an email sent to parents Nov. 11. Dr. Butler noted between the start of the school year and Nov. 11 there were 18 fights at Legacy, about the same as the 2019-20 school year and less than the 2018-19 school year.

“We see a need for our students to learn alternate ways to resolve conflict other than physical fighting,” Dr. Butler said. “We are in high school working toward a diploma that will give them the ability to do whatever it is that they want to do in life. Running, pushing and using foul language loudly is unacceptable behavior.”

In schools across the country, fights and violent outbursts, while common, involve 17% of the student population. Simple disagreements between students turn into conflicts ranging from verbal disagreements to life-threatening events like the incident at Timberview High School.

“Schools are a microcosm of our society,” Dr. Butler said. “We see intolerance of others all day long. As a people, we have to relearn how to operate in a public space with other individuals.”

A study by Columbia University suggests the importance that students and families learn how to acknowledge and respond to their emotions and feelings. While many suggestions continue to circulate concerning mental health in teenagers, Ms. Rebecca Swift, a Licensed Specialist in School Psychology in the MISD special services department offers a simple start to mental peace in teenage students: ask for help.

“School closures have caused huge disruptions in teens’ routines and expectations,” Ms. Swift said. “They were, and still are, having to miss or experience canceled life events, like graduation ceremonies or prom, that are seen as rites of passage in our society.”

Administrators and teachers helped resolve conflicts between students, while SRO and police presence on campus remain a familiar sight. Many families anxiously await the end of this trend in hopes of a time when school can return to a naturally safe place for both students and staff.

“Fights can have serious legal and social consequences that can follow teenagers into adulthood and can close doors to good opportunities,” Ms. Swift said. “Your future and your well-being are much more important.”

During the teenage years, students’ brains continue to develop. The last area of the brain to fully mature, the prefrontal cortex, regulates planning, emotion and attention regulation, organization and other executive functions. In addition, disorders like depression impair the use of the prefrontal cortex, resulting in mood swings and an increased chance of violent outbursts.

“It’s OK to be angry, and it is OK to be frustrated. It is not OK to act on that anger and frustration through violence,” Ms. Swift said. “There are ways to solve problems with others in a positive way.”

Also fueled by the pandemic, the widespread use of social media largely contributed to the spread of misinformation and increased anxiety and fear in teens and adults alike. With the sudden isolation in quarantine, social media became an easy medium to obtain information although not always truthful and accurate. A poll conducted by the University of Michigan found increases in mental health issues in teens 13-18 years old as a result of social media. The poll found one in three teen girls and one in five teen boys have experienced new or worsening anxiety since the pandemic began.

“Teens have had the same access to information about recent events as adults have, which only adds to the anxiety and frustration of everything else teens experience regularly. The unlimited access teens have to social media can also cause rifts between friends or other [peers],” Ms. Swift said. “Not having in-person interactions and using only text [or] social media can lead to misunderstandings which can lead to fighting and bullying behavior.”

Teachers and staff members see the negative effects of the pandemic on students first-hand. Staff frequently suggest different coping mechanisms however one solution may not work for all students. As the fights and violent outbursts seem ever prevalent, JROTC Army Instructor Sergeant James Watkins looks for students to resolve conflicts through calm discussions rather than inciting violence.

“What’s concerning is we see a large number of fights that are erupting among kids that don’t even know one another,” Sgt. Watkins said. “Some of our coping skills are suffering from all that time that we were alone in our households doing virtual learning. We need to be able to talk about our feelings in a productive way.”

What’s concerning is we see a large number of fights that are erupting among kids that don’t even know one another. Some of our coping skills are suffering from all that time that we were alone in our households doing virtual learning. We need to be able to talk about our feelings in a productive way.”

Although many students seek to resolve conflict by themselves, administrators continue to encourage students to involve adults before a fight or conflict starts and allow them to separate a fight when it happens. Sgt. Watkins encourages other teachers to use a conflict resolution simulation used in JROTC called “Just Two Days” to help students better understand conflict mediation. Staff can access this video for use in the classroom by contacting Sgt. Watkins.

“We can’t stop all the fights, but what we can do is take care of our students,” Sgt. Watkins said.“ What [an] adult brings to the fight that [students] don’t is a bit of a cooler head to help calm and de-escalate the situation, [every] time, talk to adults and get adults involved in the situation.”

Many fights, started because of an insignificant disagreement, can be easily resolved before the fight happens. John Contreras, assistant principal, believes in the importance of peaceful conflict resolution. Through conversations instead of violent fights, students can agree and easily resolve the problem.

“I’d say almost 99% of the fights happen because [of] a misunderstanding between two students,” Mr. Contreras said. “We [want] to teach the students how to solve conflict and solve an issue. Come talk to an adult, and we can probably work it out.”

Administrators are willing to assist students in conflict mediation and resolution. When students can resolve conflict without a violent outburst or fight, both the students and the staff benefit.

“Whatever it is, we’ll [work with] them and hopefully, it’ll pass,” Contreras said. We just can’t, you know, come to talk to an adult and we’ll try to work things out.”

Despite the myriad of resources available to students and families coping with the effects of the pandemic, as well as other traumatic events, students continue to struggle with mental health. With all the resources available, what else is needed for students to move forward and learn to deal with the issues they face daily?

“We know that it is our job to teach all students how to simply ‘do school’ again,” Dr. Butler said. “We need our student body to keep showing up and provide a positive example for others to follow.”